Predicting the Unpredictable: An In-Depth Look at the Gas Market

The gas market is going through unprecedented developments. To put things into perspective, we speak to Volue’s gas market expert Bjørn Inge Vik.

How have you experienced the last two years working in the gas market?

It has been completely crazy – especially in the last year when prices increased from fivefold up to tenfold. More recently, the sanctions and the new policies aimed at becoming independent from Russian gas are causing a lot of uncertainty and confusion in the market. The uncertainty in regard to Russian exports won’t go away anytime soon. It is uncharted territory, as we have never seen prices that high.

Which of the measures of the IEA’s 10-Point Plan will have the biggest impact on reducing the dependence on Russian gas?

The big one is LNG as a replacement for Russian gas. The increase in LNG import would be the main pillar of supply diversification. Another important measure is getting more pipeline gas from sources other than Russia, for example, Norway, which is doing everything it can to squeeze out more gas at the moment, increasing production permits and minimising maintenance this summer.

One of the IEA points is to increase the production of bio-energy and nuclear, the potential of which I don’t really see. Our numbers suggest that nuclear production this year will be lower than last year due to a lot more maintenance in France, which has many nuclear plants. IEA mentions an increased reliance on bio-energy and nuclear to replace gas, but they could easily go the other way as well, so within this year, I don’t think nuclear is going to save us.

But as far as the rest of the plan is concerned, I think the other points will all contribute, with LNG probably being the most important.

On the demand side, the IEA also talks a lot about reductions, like raising energy efficiency, installing heat pumps, etc. and also that European gas consumers’ households will have to turn down the thermostats in the winter. There is a lot of gas that can be easily saved that way by heating up the houses one or two degrees less than usual.

Within this year, I don’t think nuclear is going to save us.

Are there companies that are preparing for a worst-case scenario, like a possible gas embargo from Russia?

That is a good question. I think in the industry they always prepare some scenarios, as they know that a full embargo would hurt them a lot. Some industries may not get the gas they need as demand curtails would be put into place to have the gas directed to more essential industries or households. I don’t know what they are thinking, but I am sure they must be worrying about this. There is only so much you can do if there is a full embargo and acute gas shortage – some industries would have to shut down or reduce production.

Does fear in the market cause gas prices to increase?

Yes, that is true in a way, but I would say it is a justified fear, although we have been in a bit of a panic mode at times. We saw the prices peak on a couple of occasions in December and after the invasion and now we are down again from that level. But during those peaks, there was a lot of panic and a lot of fear, but I didn’t necessarily see big changing fundamentals that justified the price peaks. So for example the transit flows through Ukraine kept going as normal or even increased a bit after the invasion. From that perspective, you might say the fear is not justified, yet it is justified as it represents a risk premium. So people worry about a risk of a complete stop of Russian flows and that is what is driving the prices, so this whole development is still based on free-market principles.

If mandatory minimum storage levels are enacted, how will prices develop and does this bring any other implications with it?

That is very interesting to analyse. The European Commission wants gas storage to be filled to 80% by 1 November this year and then they want the minimum storage to be 90% by 1 November of next year. There is a slightly lower target this year because we are so low on storage now and it would be too strict to require 90% already this year, as it is going to be hard to fill storage facilities this summer.

In general, the minimum storage requirements are absolutely understandable from a security of supply perspective, as the European Commission wants to be sure that European gas storage facilities are sufficiently filled ahead of the winter season and that the storage facilities that are currently being controlled by Gazprom or its daughter companies will also be filled up. That’s where the European Commission is coming from, yet introducing these storage mandates interferes with the free market and this affects prices.

One result is that you see the prices for this summer are now higher than the prices for next winter and normally it is the other way around with prices in summer being lower, so that storage operators can buy cheaper gas in the summer to inject into storage and then sell the gas at a profit during winter. That is how it normally works, but in part because of these proposed storage regulations we are actually seeing the summer prices being forced up. That is a bit of an unusual situation and there is not really much market incentive anymore to inject into storage because you sell it at a loss later on. That is why we also need market incentives to be put in place, like funding, reduced tariffs, storage options, etc., so storage facilities will be filled and we are prepared for winter. But we are still awaiting more clarity on what the incentives would look like for storage.

Does this whole situation also raise the potential for new investments in Norwegian gas fields because of a bigger incentive for further exploration?

I am not really sure how it will affect Norway. It will for sure affect it in that gas companies will try to optimise production from their fields and there will be a bigger incentive to boost new development and exploration as well. I don’t expect any radical shift in the policies in the Norwegian gas sector, but definitely a little boost. And that also goes for elsewhere in the world. I mentioned LNG as a big substitute and we see already that the US is increasing production permits as well. The US is one of the largest LNG exporters in the world and there are a lot of planned projects and projects already under construction there to export even more LNG. We expect this current crisis to last for a while and then to be followed by investments in new projects in the US.

Boston Consulting Group tested the assumptions that the EU could reduce its Russian gas by two thirds and concluded that it is technically feasible, but very challenging – do you think that Europe will be able to reduce its dependency on gas by such a degree?

I would put it the same way, basically: It is technically and theoretically possible, but very hard to do, as it will be difficult to fill storage facilities up to 80% if we get rid of two-thirds of Russian gas. Also, one thing that is not being discussed a lot is the fact that almost all Russian exports to Europe at the moment are under long term contracts, which will expire gradually. If Europe wants to get rid of two thirds by the end of the year it basically would have to get out of those contracts or reduce the volume in these contracts. This is an issue that has not been discussed a lot and it is not clear how that would play out if it should happen, but I guess it would involve some court arbitration. It may not be a huge obstacle and it may be possible to get out of these contracts given the current situation we are living in.

It looks like nobody is talking about Nord Stream 2 anymore now, but of course, the pipeline is physically there. We can’t say what will happen if things calm down and the relationship with Russia improves somehow over the next few years. Then it could be picked up again, so never say never. But right now nobody is talking about Nord Stream 2. It could very well remain like that forever.

We see that the US is increasing production permits for LNG.

Will the price level of gas stabilise in the near future or is it too hard to predict?

It is high volatility, high uncertainty – so I can’t give you any numbers there, but the level of gas prices will remain high. Especially if the EU wants to get rid of two-thirds of Russian gas and if they are serious and end up doing that, there will be very high prices. They already are high, and people are adapting to that, but how expensive gas will be in the future is hard to say. The one thing we can say is that there will be a lot of volatility. The main substitute for pipeline gas is LNG and it is also going to be expensive because Europe has to compete in the global market with Asia first and foremost which is the biggest importing region of LNG. The reliance on LNG will push up prices, just as it already has in the last year.

Natural gas was considered a transitional energy source by the EU commission to support the integration of renewable energy. Is this to be reconsidered?

I am not really sure. I would say it is still a transitional fuel. It is going to be more expensive than we foresaw, so the role gas plays as a transitional fuel will be a bit shorter. Europe is really doubling down on renewables as a way to get more energy independence due to the energy transition. Faster growth of renewables might be an outcome of this, possibly shortening the window for gas.

In these wild times, are there any predictions that can be made with great certainty?

I would say gas prices will stay high for the foreseeable future, at least a couple of years, until the middle of the decade. That is certain. I don’t think there is a way to get an overabundance of cheap gas going forward. What you will see in the big LNG global market is a lot of new LNG projects coming online from the middle of the decade onwards in the US and Qatar. It takes a few years to construct these export terminals, only then will we be able to see the market ease a bit. But until then, for the next couple of years, we will have very high prices and there really isn’t a way around that, unfortunately.

Bjorn Inge Vik is a market analyst at Insights by Volue, where he is responsible for creating demand forecasts through quantitative and qualitative analysis of the market.

Insight by Volue is a leading data, forecasting and market analysis provider to the power market. 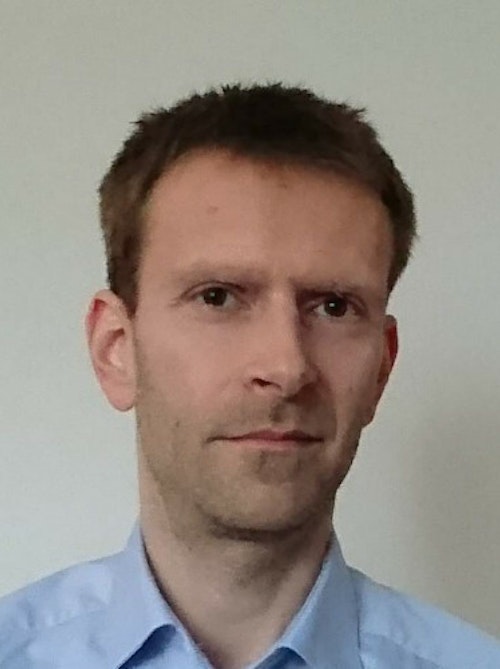 Europe: The Alternatives to Russian Gas

Since the start of Russia's invasion of Ukraine in late February, the future of Europe's gas supply has not been out of the headlines. The question on everyone’s mind is: "What are the alternatives?"